The Berlin International Film Festival, also called the Berlinale, is one of the world's leading film festivals and most reputable media events held in Berlin, Germany. Founded in 1951, the festival has been celebrated annually i 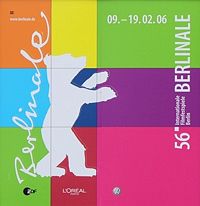 n February since 1978. With 230,000 tickets sold and over 430,000 admissions it is considered the largest publicly-attended film festival worldwide. Up to 400 films are shown in several sections, representing a comprehensive array of the cinematic world. Around twenty films competing for the awards called the Golden and Silver Bears. Since 2001 the director of the festival has been Dieter Kosslick.

The European Film Market (EFM), a film trade fair held simultaneously to the Berlinale, is a major industry meeting for the international film circuit once a year. The trade fair serves distributers, filmbuyers, producers, financiers and co-production agents. The Berlinale Talent Campus, a week long series of lectures and workshops, gathers young filmmakers from around the globe. It partners with the festival itself and is considered to be a forum for upcoming artists.

The festival, the EFM and other satellite events are attended by more than 20,000 professionals from over 120 countries. Around 4200 journalists are responsible for the media exposure in more than 100 countries. At high-profile feature film premieres, movie stars and celebrities are present at the red carpet. The Berlinale has established a cosmopolitan character integrating art, glamour, commerce and a global media attention. The 59th Berlin International Film Festival will be held 05 to 15 February 2009.