1. The American Elizebeth Blackwell was the first woman to obtain a certain degree of fame in 1849 with which letters ?

2. In which country is the longest man-made canal in the world ?

3. The religous fanatic Maggott was the bad guy in which famous film ?

4. What is the generic term for someone who is multilingual ? First letter 'P'

5. What are the only two football clubs in the old 'Eastern Block' which have won the European Cup (now Champions League)?

6. In which novel or film would you find all of the following characters ?
Wamba, Hugh de Bracy, Rowena, Cedric, Brain de Bois and Rebecca.

8. Documentaries excluded, which two Stanley Kubrick films are based on real historical figures ?

9. Wikipedia. What does wiki mean? 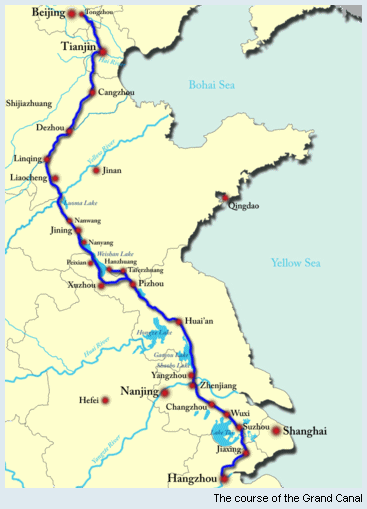 2. China.  The Grand Canal Beijing-Hangzhou The Grand Canal of China (pinyin: D? Y?nh?), also known as the Beijing-Hangzhou Grand Canal (pinyin: Jīng H?ng D? Y?nh?) is the longest ancient canal or artificial river in the world. It passes through the cities of Beijing and Tianjin and the provinces of Hebei, Shandong, Jiangsu and Zhejiang. The oldest parts of the canal date back to the 5th century BC, although the various sections were finally combined into one during the Sui Dynasty (581?618 AD). The total length of the Grand Canal is roughly 1,770 km (1,114 miles). Its greatest height is reached in the mountains of Shandong, at a summit of roughly 42 m (138 ft)

3. The Dirty Dozen The Dirty Dozen is a 1967 World War II action-war film directed by Robert Aldrich, from the novel by E.M. Nathanson, featuring Lee Marvin, Ernest Borgnine, Telly Savalas, Charles Bronson and NFL Hall of Famer Jim Brown. Though ostensibly about World War II, the story deals with contemporary 1967 themes of individualism vs. collectivism, cultural relativism, internal and external racism, and their meanings within patriotism and duty in war. Such themes obliquely refer to the Vietnam War

4. Polyglot Polyglot may refer to:
Multilingualism, a single speaker who uses two or more languages, or a community of speakers where two or more languages are used
Hyperpolyglot, one who can speak six or more languages fluently
Polyglot (book), a book that contains the same text in more than one language
A polyglot Bible, an edition of the Bible with the texts in different columns in different languages, especially those in which early versions of the text exist; several versions have been produced.
Polyglot (computing), a computer program that is valid in more than one programming language
Polyglot (game), an educational game for learning languages

7. Eight Answers
a. My Way
b. Wonderful World
c. Highway to Hell
d. Another one bites the dust
e. Always look on the bright side of life
f. Ding Dong the witch is dead     !!!!!
g. Hit the road Jack
h. Unforgetable   (The hymns Amazing Grace and Abide with me are still found in the top 10)

8. Paths of Glory and Spartacus

9. Hawaiian for quick.  (Some say an acronym for 'what I know is') A wiki is a collection of web pages designed to enable anyone who accesses it to contribute or modify content, using a simplified markup language. Wikis are often used to create collaborative websites and to power community websites. The collaborative encyclopedia Wikipedia is one of the best-known wikis. Wikis are used in business to provide intranets and Knowledge Management systems. Ward Cunningham, developer of the first wiki software, WikiWikiWeb, originally described it as "the simplest online database that could possibly work". "Wiki" is originally a Hawaiian word for "fast". It has been suggested that "wiki" means "What I Know Is".

10. Creature from the Black Lagoon