1. Who first played the role of Jane in the early Tarzan films with Johnny Weismuller? For extra points, what was Jane's last name?

2. What is the combination of Buddhist meditation and tennis called?

3. In heraldry, what colour are the following ?
a. argent
b. gules
c. azure
d. sable

4. What is the very well known Latin word for 'public thing' ?

8. Name two of the three deities in the Hindu Trinity or Trimurti.

9. If one takes into account all of the Bond films ever made, on average, 007 goes to bed with how many women per film ?

10. Which culinary delight did Margret Thatcher and a team of chemists help develop in the late 1940's ?

2. ZennisZennis is a practice that integrates the breathing and relaxation methods of yoga with the movements and rhythm required in tennis. In both yoga and tennis, breathing is essential to achieve balance, rhythm, and focus. zennis will improve your flexibility, your cardio via deeper breathing, and provide excellent relaxation.

4. Res publica or Republic A republic is a state or country that is not led by a hereditary monarch, but in which the people (or at least a part of its people) have impact on its government. The word originates from the Latin term res publica, which translates as "public thing" or "public matter".

5. The Seekers.  I'll never find another you, A world of our own, The carnival is over, and he co-wrote Georgie Girl. 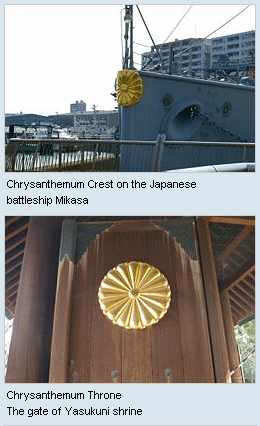 8. Brahma, Vishnu and Siva. The Trimurti (English: ?three forms?; Sanskrit: trimūrti) is a concept in Hinduism "in which the cosmic functions of creation, maintenance, and destruction are personified by the forms of Brahmā the creator, Viṣṇu the maintainer or preserver, and Śiva the destroyer or transformer." These three deities have been called "the Hindu triad"  or the "Great Trinity". They are often looked at as the creator, preserver and destroyer respectively.  Freda Matchett characterizes the Trimurti system as one of "several frameworks into which various divine figures can be fitted at different levels."

10. Soft scoop ice cream One important development in the 20th century was the introduction of soft ice cream. A chemical research team in Britain (of which a young Margaret Thatcher was a member) discovered a method of doubling the amount of air in ice cream, which allowed manufacturers to use less of the actual ingredients, thereby reducing costs. This ice cream was also popular amongst consumers who preferred the lighter texture, and most major ice cream brands now use this manufacturing process. It also made possible the soft ice cream machine in which a cone is filled beneath a spigot on order. In the United States, Dairy Queen, Carvel, and Tastee Freez pioneered in establishing chains of soft-serve ice cream outlets.