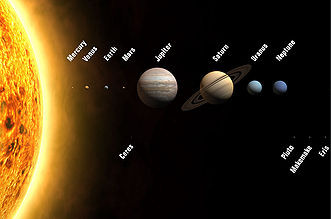 2. During which natural phenomenon could you see Baileys Beads?

4. Helios is the Greek God of what?

6. On which record label did Elvis originally record?

7. In Alice In Wonderland, what allegedly made the Hatter mad?

9. The composer Holst wrote the Planets suite B but which two planets were missing?

10. Two of the water signs are Cancer & Scorpio, what is the third?