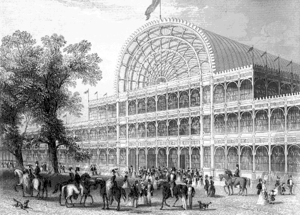 1. Which famous concert closed with the words "I'd like to say thankyou on behalf of the group and ourselves and I hope we passed the audition"?

3. In which 1952 Academy Award winning film for best picture did Jimmy Stewart play a mysterious clown who never removed his make-up?

4. What was billed as 'The Aquarian Exposition'?

5. The following words are from songs titled 'The show must go on'. Name the artist or band.
a. Where has the feeling gone, will I remember this song
b. My make-up may be flaking, but my smile still stays on
c. Let's set the stage on fire, and Hollywood will be jealous
d. Baby although I chose this lonely life, it seems it's strangling me now

6. The following is an introduction to which show?
" I would like, if I may, to take you on a strange journey"

7. What is the theatrical term for each of the following?
a. to nearly forget or fumble one's lines
b. the more comfortable expensive seats in the rear of an old theatre
c. an access walkway to equipment
d. an unfit and dangerous area of the stage
e. actors restroom backstage
f. a brief remark by a character heard by the audience but not by other characters
g. a decorative arch that frames the stage

8. Which singer gave a concert on the 31 December 1994 to a record 3.5 million fans on the Copacabana beach in Rio de Janeiro?

9. Which popular show does a 'professor' perform?

10. Sometimes human adversity can be a 'show' in itself. One of the most watched television events in both Europe and North America took place on 17 April 1970. Why were millions glued to their tv screens?

3. The Greatest Show on Earth

9. A Punch and Judy show

10. Hoping to see a successful re entry and splashdown of the crippled Apollo 13