2. Plus or minus 1, how many centimetres in height does a woman lose (on average) between her 40th and 70th birthday?

3. What was both the poetic name for the Netherlands and the old name for Jakarta?

4. What superseded the autogiro (or autogyro) in the late 1940s?

6. According to Plato, what was found just beyond the Pillars of Hercules?

7. Which heavenly fortified dessert wine is one of, if not the oldest wine from California?

8. The name of which country means 'go and milk it'?
a. Italy
b. India
c. Somalia
d. Brazil

10. Philadelphia is the old name for the largest city in which country?

1. After the Beatles song 'Lucy in the sky with diamonds'. BPM 37093 is a variable white dwarf star of the DAV, or ZZ Ceti, type, with a hydrogen atmosphere and an unusually high mass of approximately 1.1 times the Sun's. It is about 50 light-years from Earth, in the constellation Centaurus, and vibrates; these pulsations cause its luminosity to vary. Like other white dwarfs, BPM 37093 is thought to be composed primarily of carbon and oxygen, which are created by thermonuclear fusion of helium nuclei in the triple-alpha process.

Since a diamond also consists of crystallized carbon, the star BPM 37093 has been nicknamed Lucy after The Beatles' hit Lucy in the Sky with Diamonds.

3. Batavia Batavia is the Latin name for the land of the Batavians during Roman times. This was roughly the area around the city of Nijmegen within the Roman Empire. The remainder of this land is nowadays known as Betuwe.

During the Renaissance, Dutch historians tried to promote these Batavians to the status of 'archfathers' of the Dutch people. They started to call themselves Batavians, later resulting in the Batavian Republic, and took this to their colonies like Indonesia (Jakarta was called Batavia from 1619 until 1942), Suriname (Batavia, Suriname), and in the United States (Batavia (city), New York). 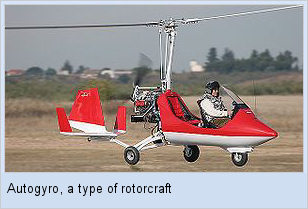 4. Helicopter An autogyro is a type of rotorcraft invented by Juan de la Cierva in 1919, making its first successful flight on January 9, 1923, at Cuatro Vientos Airfield in Madrid. Similar to helicopters, autogyros use a rotor to develop lift.

While a helicopter's rotor is rotated by an engine during normal flight, the rotor of an autogyro is driven by aerodynamic forces in autorotation. An engine-powered propeller, similar to that of a fixed-wing aircraft, provides thrust for the autogyro.

5. Five answers
a. Love is all around
b. Mull of Kintyre
c. Secret Love
d. Everything I do
e. I Believe

9. Kiss  (the inverted s is a Sig rune) Sig is the name given by Guido von List for the Sigel or s rune of the Armanen Futharkh, and is also used by Karl Maria Wiligut for his runes.

10. Jordan  (The city of Amman) Amman, sometimes spelled Ammann, is the capital city of the Hashemite Kingdom of Jordan. It is also the largest city in Jordan. In the 13th century BC Amman was called Rabbath Ammon or Rabat Amon by the Ammonites. It was later conquered by the Assyrians, followed by the Persians, and then the Greeks. Ptolemy II Philadelphus, the Hellenic ruler of Egypt, renamed it Philadelphia.

The city became part of the Nabataean kingdom until 106 AD when Philadelphia came under Roman control and joined the Decapolis.

In 326 AD, Christianity became the religion of the empire and Philadelphia became the seat of a bishopric during the beginning of the Byzantine era.