1. Which infamous cleaning term was coined by US journalist Edward Hunter in the early 1950s?

2. In the film industry, which name is given to a ordinary on set helper?

4. The following Stanley Kubrick films were based on novels or short stories by which writers?
a. The Shining
b. 2001 A Space Odyssey
c. Lolita
d. A Clockwork Orange
e. Barry Lyndon

5. Which fruit is a port city in the Democratic Republic of the Congo?
a. Orange
b. Banana
c. Ugli
d. Guava

7. Shakespeare's King Lear. Which one of the following was not one of Lear's daughters?
a. Goneril
b. Cordelia
c. Celia
d. Regan

8. The common cold is what kind of virus? Five letters

9. What kind of leaves were often used as currency in 18th century Siberia?

1. Brainwashing. (During the Korean War) Edward Hunter (1902-1978) was an American journalist, author and intelligence agent. He is credited with popularizing the use of the term "brainwashing" in English, and collected a large number of examples of Chinese Communist propaganda targeted at the (largely illiterate) population in the immediate post-revolution period.

3. yellow dwarf In astronomy, a G V star is a main-sequence star of spectral type G and luminosity class V. Such a star, which can also be called a yellow dwarf, is small (about 0.8 to 1.0 solar masses) and has a surface temperature of between 5,300 and 6,000 K. Our Sun is the most well-known (and most visible) example of a G V star. Each second, it fuses approximately 600 million tons of hydrogen to helium, converting about 4 million tons of matter to energy. 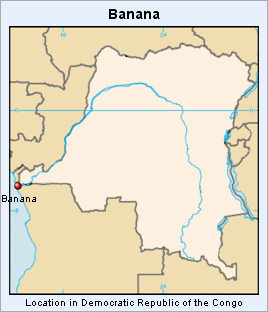 8. Rhino Rhinovirus (from the Greek rhin-, which means "nose") is a genus of the Picornaviridae family of viruses. Rhinoviruses are the most common viral infective agents in humans, and a causative agent of the common cold. Rhinoviruses have single-stranded positive sense RNA genomes of between 7.2 and 8.5kb in length. At the 5′ end of the genome is a virus-encoded protein, and like mammalian mRNA, there is a 3′ poly-A tail. Structural proteins are encoded in the 5′ region of the genome and non structural at the end. This is the same for all picornaviruses. The viral particles themselves are not enveloped and are icosahedral in structure.

10. The Catcher in the Rye Mark David Chapman is an American prisoner who assassinated Lennon on December 8, 1980 in New York. Chapman shot Lennon four times in the back outside The Dakota apartment building, in the presence of Lennon's wife Yoko Ono and others. He remained at the scene until arrested by police. A scheduled jury trial did not go ahead because Chapman changed his plea from not guilty by reason of insanity to guilty of second degree murder, against the advice of his lawyer. He had been assessed as delusional and possibly psychotic, and the defense team argued that Chapman was not competent to make the decision. However, Chapman was sentenced to a prison term of 20 years to life and remains incarcerated at Attica State Prison in New York, having been denied parole 5 times. His applications for parole have been opposed by Yoko Ono, as well as by an online grassroots public campaign. Chapman has been widely associated with the book The Catcher in the Rye, which he carried with him at the time and claimed would explain his perspective. Various specific motivations have also been suggested. Chapman has since stated that what he did was wrong.