1. Which sad word stems from the combined Greek words for goat and song?

2. Who was the first person to appear on the cover of the Rolling Stone?
a. Dr Hook
b. Elvis
c. John Lennon
d. Mick Jagger

3. Which national dance can apparently cure a spiders bite?

4. In which films do the following dogs play a role?
a. Nana
b. Pongo
c. Frank the Pug
d. Bodger

5. What was the name of the cat that survived the sinking of the Bismark, HMS Cossack and HMS Ark Royal?
a. Kit Kat
b. Wet Willie
c. Unsinkable Sam

6. Which bird is said to embody the souls of dead mariners?

7. The following are the first words to which books?
a. Most motor cars are conglomerations....
b. It's freezing, an extraordinary 0 Fahrenheit...
c. On December 8th, 1915, Maggie Cleary had her fourth birthday...
d. The summer my father bought the bear...
e. The Duchy of Grand Fenwick...
f. The great fish moved silently...

8. Which Pink Floyd album is also a chapter in 'The Wind in the Willows'?

9. Given the following clues, name the country.
Small, worn torn, country's name translated means white, Capital is divided by the 'green line',
Dan Brown's 'The Da Vinci Code was banned here and it is hosting the 2009 Asian Winter Games. 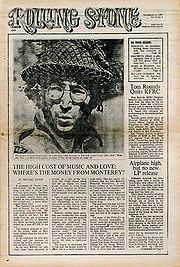 3. Tarantella The Tarantella is a southern Italian dance, its name coming from the town of Taranto, where it originated. It is among the most recognized of traditional Italian music. The stately courtship tarantella is danced by a Fat couple or couples, short in duration, graceful and elegant, and features characteristic music. The supposedly curative or symptomatic tarantella is danced solo by a supposed victim of a "tarantula" bite, agitated in character, may last for hours or even up to days, and features characteristic music. The confusion appears to arrive from the fact that the spiders, condition, its sufferers ("tarantolati") and the dances all derive their names from the city of Taranto.

5. c. Unsinkable Sam   The black and white patched cat had been owned by an unknown crewman of the German battleship Bismarck. He was on board the ship on 18 May 1941 when it set sail on Operation Rhein?bung, it's 1st and only mission. It was sunk after a fierce battle on 27 May, from which only 115 from its crew of over 2,200 survived. Hours later, 'Oscar' was found floating on a board and picked from the water, the only survivor to be rescued by the homeward-bound British destroyer HMS Cossack. Unaware of what his name had been on Bismarck, the crew of Cossack named their new mascot "Oscar".

He served on board Cossack for the next few months as it carried out convoy escort duties in the Mediterranean and north Atlantic. On 24 October 1941, Cossack was escorting a convoy from Gibraltar to the United Kingdom when it was severely damaged by a torpedo fired by the German submarine U-563. The initial explosion had blown off one third of the forward section of the ship, killing 159 of the crew, but Oscar survived this too and was brought to the shore establishment in Gibraltar.

Now nicknamed "Unsinkable Sam", he was soon transferred to the aircraft carrier HMS Ark Royal, which ironically had been instrumental in the destruction of Bismarck. However, Sam was to find no more luck there, and when returning from Malta on 14 November 1941, this ship too was torpedoed, this time by the submarine U-81. The slow rate at which the ship sank however meant that all but one of the crew could be saved. The survivors, including Sam, who had been found clinging to a floating plank by a motor launch, and described as "angry but quite unharmed" were transferred to HMS Lightning and the same HMS Legion which had rescued the crew of Cossack. Legion would itself be sunk in 1942, and Lightning in 1943.

8. The Piper at the Gates of Dawn

9. Lebanon Lebanon is the historic home of the Phoenicians, a maritime culture which flourished for more than 2,000 years (2700-450 BC). Following the collapse of the Ottoman Empire after World War I, the five provinces that comprise present-day Lebanon were mandated to France. The country gained independence in 1943, and French troops withdrew in 1946.

10. Blinded by the Light - Manfred Man.
"And a go-cart Mozart was checkin out the weather chart"