1. Which debonair European-born Hollywood actor, winner of an Honourary Academy Award in 1958, has a name that when translated means 'Moorish Knight'?

3. Which country has a national football team nicknamed 'The Eagles of Carthage'?

4. The name of which E.U. country 'apparently' stems from a Carthaginian word meaning 'Land of the rabbits'?

5. The following lyrics about marriage or weddings are from which songs? One point for each correct answer
a. It's an institute you can't disparage
b. My travelling companion is nine years old, he is the child of my first marriage
c. You can make it OK, you can get married in Gibraltar near Spain
d. Gee I really love you and we're gonna get married
e. Married woman married man, where did you get that family plan?
f. No earthly church has ever blessed our union
g. And now the marriage vow is very sacred, the man has put us together
h. Oh but am I ever gonna hear my wedding bells, wedding bells?
i. Both now facing for the first time presently and past, something that begins with M and ends in alas
j. Then I got Mary pregnant and man that's all she wrote, and for my 19th birthday I got a union card and a wedding coat
k. But that night on our honeymoon we stayed in separate rooms
l. We could get married, and then we'd be happy

6. On the flag of which land locked European country are two cows depicted?

8. The long scarf like tail worn from the hood by university doctors, learned men and graduates is called which of the following?
a. Bafflegab
b. Tittynope
c. Attercop
d. Liripoop

9. In which films do each of the following play a missionary?
a. Katherine Hepburn
b. Jeremy Irons
c. Jack Hawkins

10. An extinct kind of anthropod fossil has, perhaps appropriately, been named after which English Grammy award-winning Sir?

1. Maurice ChevalierMaurice Auguste Chevalier (1888  1972) was a French actor, singer, and popular vaudeville entertainer. Chevalier's signature songs included "Louise", "Mimi", and "Valentine". His trademark was a boater hat, which he always wore on stage with his tuxedo. Chevalier appeared in the movie musical Gigi (1958) with Leslie Caron and Hermione Gingold, with whom he shared the song "I Remember It Well", and several Walt Disney films. The success of Gigi prompted Hollywood to give him an Honorary Academy Award that year for achievements in entertainment.

2. Creators or lovers of crossword puzzles The creating of crosswords is called cruciverbalism among its practitioners, who are referred to as cruciverbalists, from the Latin for cross and word. Although the terms have existed since the mid 1970s, non-cruciverbalists rarely use them, calling crossword creators constructors or (especially outside the United States) setters or compilers.

3. Tunisia Tunisia's first World Cup was the 1978 competition held in Argentina. They created history by becoming the 1st African team to win a World Cup game, defeating Mexico 3-1. An unlucky 1-0 defeat to Poland followed, but The Eagles Of Carthage then held European giants West Germany to a 0-0 draw. But that wasn't enough to send them through to the knockout rounds. Despite that tournament being one of Tunisia's finest, they failed to qualify for the World Cup again until 20 years later.

4. Spain. (Ispania from 'Sphan' meaning rabbit) The true origins of the name España and its cognates "Spain" and "Spanish" are disputed. The ancient Roman name for Iberia, Hispania, may derive from poetic use of the term Hesperia to refer to Spain, reflecting Greek perception of Italy as a "western land" or "land of the setting sun" (Hesperia) and Spain, being still further west, as Hesperia ultima.

It may also be a derivation of the Punic Ispanihad meaning "land of rabbits" or "edge", a reference to Spain's location at the end of the Mediterranean; Roman coins struck in the region from the reign of Hadrian show a female figure with a rabbit at her feet. There are also claims that España derives from the Basque word Ezpanna meaning "edge" or "border", another reference to the fact that the Iberian peninsula constitutes the southwest of the European continent.

The humanist Antonio de Nebrija proposed that the word Hispania evolved from the Iberian word Hispalis, "city of the western world". According to research by Jesús Luis Cunchillos published in 2000 called Gramática fenicia elemental (Basic phoenician grammar), the root of the term span is spy, meaning "to forge metals". Therefore i-spn-ya would mean "the land where metals are forged". Perhaps we will never know!

6. Andorra (See image to the right) 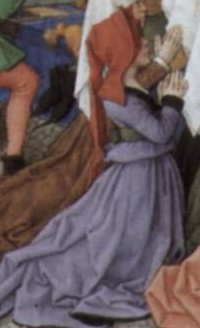 8. d. Liripoop A liripoop is a historical part of clothing, the tail of a hood or cloak, or a long-tailed hood, in particular a chaperon or gugel, or the peak of a shoe. In modern times, the liripoop mostly refers to an element of academic dress, the tail of the cowl of an academic hood. Less commonly, it may also refer to the tassel or long tail on a graduate's mortarboard. The word is believed to originate from the Medieval Latin term liripipium, which is of unsure origin. Webster's Dictionary suggests it is a corruption of cleri ephippium (clergy's caparison) but the Oxford English Dictionary, attributing the hypothesis to Gilles Ménage, calls it a "ludicrous guess". Perhaps due to its academic association, it is also a word used to refer to "part or lesson committed to memory".

9. Three answers
a. The African Queen
b. The Mission
c. Zulu