1. 'The Yamazaki' usquebaugh is a prize winning what?

2. Winter, Secret, Dirty, Pastry, Cola, Pig, Honey, Football, Rif and Cod are all examples of what?

3. The name of which popular US band from the 1970s is an aboriginal expression used to describe an extremely cold evening?

4. The British swinger John Clayton was better known under which other name?

6. Which catchy hit song beginning with the words "Once upon a time" is an English version of a melancholic Russian gypsy song?

7. In which films are each of the following someones last meal?
a. Big Kahuna cheeseburger and Sprite
b. Eskimo Pies
c. pancakes, strawberries, whipped cream and chocolate shavings
d. 2 grapes

8. In novels from which cult author would one find an alien race called Tralfamadorians?

9. After her refitting, the three masted merchant ship Bethia was given which copious new name by the Royal Navy?

10. Which flamboyant and controversial Australian actors' last words were "I shall return"? 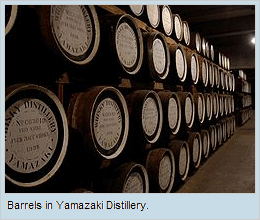 3. Three Dog Night On cold nights indigenous Australians would customarily sleep in a hole in the ground while embracing a dingo, a native species of wild dog. On colder nights they would sleep with two dogs, and if a night was especially cold, it was a "Three Dog Night"

5. Five answers
a. Amistad
b. The Bunker
c. Surviving Picasso
d. The Lion in Winter
e. The Elephant Man

6. Those Were The Days "Those Were the Days" was released on 30 August 1968. It was Mary Hopkin's debut single. It is credited to Gene Raskin, who put English lyrics to the Russian gypsy song "Dorogoi dlinnoyu", written by Boris Fomin (1900-1948) with words by the poet Konstantin Podrevskii. It deals with reminiscence upon youth and romantic idealism. The first known recording of the song was by Alexander Vertinsky in the 1920's.

On Christmas 1975, the President of Equatorial Guinea, Francisco Mac?as Nguema, had 150 alleged coup plotters executed to the sound of a band playing Mary Hopkin's tune Those Were the Days in a national stadium.

"Those Were the Days" has been adopted by supporters of UK football league club Huddersfield Town FC, as their unofficial club song. The words are modified to "Those were the days my friend we thought they'd never end - We won the league three times in row - we won the FA cup, and now we're going up - we are the Town - Oh yes we are the Town!"

7. Four answers
a. Pulp Fiction
b. The Chamber
c. The Life of David Gale
d. Kind Hearts and Coronets

8. Kurt Vonnegut Kurt Vonnegut, Jr. (1922 ? 2007) was an American novelist known for works blending satire, black comedy, and science fiction including Slaughterhouse-Five (1969), Cat's Cradle (1963), and Breakfast of Champions (1973). He was known for his humanist beliefs as well as being honorary president of the American Humanist Association.

The Tralfamadorians are a fictional alien race mentioned in several novels by Kurt Vonnegut. Tralfamadore is their home planet. Details on the inhabitants of the planet vary from novel to novel.

In the late 1950s Flynn met and courted the 15-year-old Beverly Aadland at the Hollywood Professional School, casting her in his final film, Cuban Rebel Girls (1959). According to Aadland, he planned to marry her and move to their new house in Jamaica, but during a trip together to Vancouver, British Columbia, he died of a heart attack.

Flynn flew with Aadland to Vancouver on 9 October 1959, to lease his yacht Zaca to millionaire George Caldough. On 14 October, Caldough was driving Flynn to the airport when Flynn felt ill. He was taken to the apartment of Caldough's friend, Dr. Grant Gould, uncle of pianist Glenn Gould. A party ensued, with Flynn regaling guests with stories and impressions. Feeling ill again, he announced "I shall return" and retired to a bedroom to rest. A half hour later Aadland checked in on him and discovered him unconscious. Flynn had suffered a heart attack. According to the Vancouver Sun (16 December 2006), "When Errol Flynn came to town in 1959 for a week-long binge that ended with him dying in a West End apartment, his local friends propped him up at the Hotel Georgia lounge so that everyone would see him."