2. Twelve English actresses have won the Academy Award for best actress. Can you name them? One point for each correct answer.

3. An Scottish woman was nominated six times for the Oscar for best actress and came away empty handed each time. A record. Who was she?

5. Which two boy bands had the number 17 in their name?

6. What is the most populated city north of the Arctic Circle?

7. The flag pole used at the Kop end at Liverpool Football Club's Anfield ground was the top mast of the largest ship in the world between 1858 and 1898. What was her name?

9. Which dessert may have been named after the wife of King George III?

10. Which 1971 hit song about a foreign subjugator had a little background help from the Edmonton Symphony Orchestra?

1. See image to the right

3. Deborah Kerr Deborah Kerr, born Deborah Jane Kerr-Trimmer, CBE (30 September 1921 ? 16 October 2007) was a Scottish stage, television and film actress. She won the Sarah Siddons Award for her Chicago performance in Tea and Sympathy, which she appeared in on Broadway, a Golden Globe Award for the motion picture, The King and I, and she was also the recipient of honorary Academy, BAFTA and Cannes Film Festival awards. She was nominated six times for an Academy Award as Best Actress but never won. In 1994, however, she was cited by the Motion Picture Academy for a film career that always represented "Perfection, Discipline and Elegance". Amongst her most famous films were: The King and I, An Affair to Remember, From Here to Eternity, Heaven Knows, Mr Allison and Separate Tables.

4. A form of Greek music. (Greek underground music first made popular during the civil war after WW II). 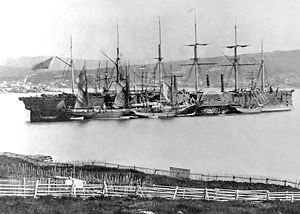