1. What kind of mixed drink takes its name from the Hindi or Sanskrit word for five?

2. Which world famous landmark is found on Mount Lee?

3. Although it did not hinder him scoring a goal in the first football world cup final, what was Uruguayan Hector Castro's physical handicap?

4. In the Beatles song 'All You Need Is Love' there are bits and pieces of songs from other composers. Can you name the four songs? One point for each song

5. Who won a best actor Oscar for his portrayal of an anthropophage?

6. If you were awarded 10 points in the UK for using it but only 1 point in Poland, what would you be doing?

7. Yorick, Dragonet, Will Somers, Patch, Muckle John and Triboulet are all examples of what?

8. Complete the title of each of the following Hans Christian Andersen fairy tales.
a. The Red
b. The Emperor's
c. The Steadfast
d, The Princess and
e. The Wild

9. In which famous battle did the English defeat the flower of France and capture the French king Jean I?

10. Who dictated the Qur'an to Muhammad?

1. Punch The word punch is a loanword from Hindi panch and the drink was made from five different ingredients: spirit, sugar, lemon, water, and tea or spices. The original drink was named paantsch, which comes from the Parsi word panj for five. The word "five" ultimately from Sanskrit panchan-s 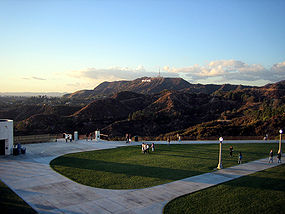 2. The Hollywood Sign Mount Lee is a peak in the Santa Monica Mountains, in Griffith Park in Los Angeles, California, USA. The famous Hollywood Sign is located on its southern slope. The sign is visible north of the Mulholland Highway. A good view of it can be had by driving north up Gower Street from Hollywood Boulevard to see the sign directly ahead, and then north along Beachwood Drive. One can also take Franklin Ave. directly to Beachwood. This is the location of the Hollywoodland suburb for which the sign was created.

3. He had one arm. (His right forearm was missing) H?ctor Castro (1904 ? 1960) was a Uruguayan football player and coach. When he was 13, he accidentally amputated his right forearm while using an electric saw, which gave origin to his nickname, El manco. He was born in Montevideo. With the Uruguay national football team, Castro's goal in the final helped Uruguay win the first FIFA World Cup in 1930. In addition, the team won the gold medal at the 1928 Olympic Games, as well as the Copa Am?rica in 1926 and 1935.

4. 'La Marseillaise' (French national anthem), 'Greensleeves', 'In the Mood' and Bach's 'Brandenburg concertos'.(or Bach's 2 part invention no 8 in F. It is not quite clear)

"All You Need Is Love" is a song written by John Lennon and credited to Lennon/McCartney. It was first performed by The Beatles on Our World, the first live global television link. Broadcast to 26 countries and watched by 400 million, the programme was broadcast via satellite on June 25, 1967. The BBC had commissioned the Beatles to write a song for the UK's contribution. Rolling Stone magazine ranked it at #362 in their 500 greatest songs of all time. Because of the worldwide broadcast, the song was given an international feel, opening with the French anthem "La Marseillaise", and including excerpts of other pieces during the long fade-out, including "2-part Invention #8 in F" by Johann Sebastian Bach (transposed to G and played on 2 piccolo trumpets), "Greensleeves", Glenn Miller's "In the Mood", one of the Beatles' seminal hits, "She Loves You" and Jeremiah Clarke's "Prince of Denmark's March" lilting off at the end. Many sources, including Beatles' producer George Martin, have misremembered or misidentified the Bach quote as being from the "Brandenburg Concerto No. 2". Lennon can also be heard scatting what sounds like the title of "Yesterday", though others maintain he is saying "Yes, you can."

5. Anthony Hopkins in 'The Silence of the Lambs' An anthropophage or anthropophagus (Greek: anthrōpophagos, "man-eater") was the name given to early Christians by others. This usage appears in Tertullian, in his Apologeticus (ch. VII), and Salvian (de Provid. Lib. IV). They claimed that Christians killed and feasted on a child's flesh, a notion grounded on descriptions of the Eucharist. Greek had a strong influence on English during the Renaissance. The word first appears in English around 1552. The most famous early usage appears in William Shakespeare's Othello, c. 1603: "the Cannibals that each other eat, / The Anthropophagi."

10. The angel Jibrīl (Gabriel) Islam holds that the Qur?an was revealed to Muhammad by the angel Jibrīl (Gabriel) from 610 CE to his death in 632 CE. Followers of Islam further believe that the Qur?an was written down by Muhammad's companions while he was alive, although the prime method of transmission was oral. It is maintained that in 633 CE, the written text was compiled, and in 653 CE it was standardized, distributed in the Islamic empire and produced in large numbers. The present form of the Qur?an is regarded as God's revelation to Muhammad by Muslim believers. Academic scholars often consider it the original version authored or dictated by Muhammad. Muslim tradition agrees that it was fixed in writing shortly after Muhammad's death by order of Umar and Abu Bakr