2. According to the expression coined by Andy Warhol, how many minutes of fame constitute the ephemeral condition 'celebrity'?

3. Who is the only actor who played a character that was killed by a Terminator, an Alien monster in the  Alien series and a Predator?
a. Lance Henriksen
b. Bill Paxton or
c. Danny Glover

4. What does the Russian word Sputnik mean?
a. Sailor
b. Little traveller
c. Star light

5. Which unit equals the duration of 9,192,631,770 periods of the radition corresponding to the transition between the two hyperfine levels of the ground state of the caesium 1.33 atom?

6. Which solo performer was selected as the first Time magazine Man of the Year in 1927?

7. The name of which trendy beverage translated means 'stained milk'?

8. What is the S shaped sound hole in a violin called?

1. The HovercraftSir Christopher Sydney Cockerell CBE FRS (4 June 1910 ? 1 June 1999) was an English engineer, inventor of the hovercraft. He began his career working for the Marconi company in 1935, and got married soon afterwards. He worked on radar systems during the Second World War. Cockerell was knighted in 1969 for his services to engineering. He died at Hythe in Hampshire.

2. 15 minutes of fame 15 minutes of fame (or famous for 15 minutes) is an expression coined by the American artist Andy Warhol. It refers to the fleeting condition of celebrity that grabs into an object of media attention, then passes to some new object as soon as people's attention spans are exhausted. It is often used in reference to figures in the entertainment industry and other areas of popular culture. In 1986, Warhol had a short-lived MTV television series, Andy Warhol's 15 Minutes.

3. b. Bill Paxton. He plays a punk in The Terminator, Private William Hudson in Aliens and Det Jerry Lambert in Predator 2.

7. Latte macchiato This refers to the method of preparation, wherein the steamed "pure" white milk gets "stained" by the addition of espresso. It differs significantly from caff? latte in that only ? (or less) of an espresso shot is being used. 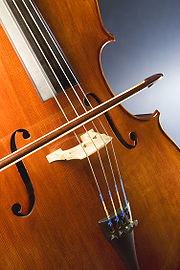 8. f-hole A sound hole is an opening in the upper sounding board of a stringed musical instrument. The sound holes can have different shapes: round in flat-top guitars, f-holes in instruments from the violin or viol families and in arched-top guitars, rosettes in lutes. Mandolins may have round or oval holes. A round or oval hole is usually a single one, under the strings. F-holes are usually made in pairs placed symmetrically on both sides of the strings.

10. Andy Warhol (Andy Warhol)  and Bob Dylan (Song for Bob Dylan) Hunky Dory is the fourth album by English singer-songwriter David Bowie, released by RCA Records in 1971. It was Bowie's first release through RCA, which would be his label for the next decade. Hunky Dory has been described by Allmusic's Stephen Thomas Erlewine as having "a kaleidoscopic array of pop styles, tied together only by Bowie's sense of vision: a sweeping, cinematic m?lange of high and low art, ambiguous sexuality, kitsch, and class"