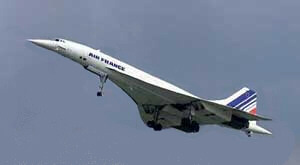 1. Why did some people jokingly call Herman Goering 'Meier' during World War II?

5. What kind of 'hastely' made sleek plane crashed at the Paris Air Show on the 3rd of June 1973?

7. In which ground breaking film about airplanes did the very young Robert Shaw and Patrick McGoohan play bit roles?

8. According to both CNN and The Independant, which city has the worst (or most dangerous) airport in the world? Clue, the evasive measures taken during the landing are nerve wracking.

9. Which country had the most pilots, namely four, in the list 'Top 10 Allied fighter aces of WW I' ? ( based on the number of planes shot down )

10. The many planes used for the shooting of which film in the late 60s were called "the 35th largest airforce in the world" ?

1. Because he once said "If one enemy bomb falls on Berlin you can call me Meier".

3. The target like symbol found on Royal Flying Corps or RAF planes.

10. The Battle Of Britain