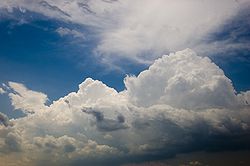 1. Which 'measured' US writer said "Everybody complains about the weather but nobody does anything about it"?

2. 'Divine winds' or Kamikazes prevented which man and his horde from invading Japan between 1274 and 1281?

3. Who sang the following songs? (original recording)
a. Crying in the rain
b. Blue eyes crying in the rain
c. Who'll stop the rain
d. Rain
e. Riders on the storm
f. Weather with you
g. Sunny Afternoon
h. Like a hurricane
i. Heatwave


4. What was the name of the doomed ship in the book and film 'The Perfect Storm'?

5. Which band did Ringo Starr belong to before joining the Beatles?

6. Jim and Hilda Bloggs are the doomed couple in which tragic film?

7. Captain Robert Fitzroy, the man who was influential in introducing meteorology into GB in the 19th century was the captain of which famous ship?

9. According to a law "made a distant moon ago here, July and August cannot be too hot, and there is a legal limit to the snow", "the winter is forbidden till December" and "the rain may never fall till after sundown". Where is this magical place?

10. Which poem begins with the words "The wind was a torrent of darkness upon the gusty trees, The moon a ghostly galleon tossed upon cloudy seas"?

5. Rory Storm and the Hurricanes

6. When the wind blows

9. Camelot. From the musical Camelot.